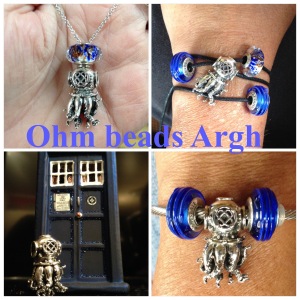 Very exciting news this week! Ohm beads is releasing Baby Argh! This won’t be a limited edition. Preview is this friday July 21st (00.00 Seattle time)! So keep watching social media for the first pictures! Many requests were made to do another Argh. So I will review Argh today!

Argh is Bead of the Month September 2015 for Talk Like a Pirate Day celebrated on the 19th. 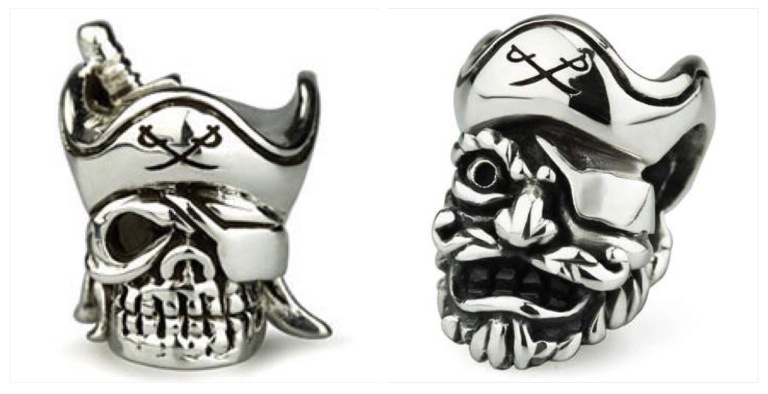 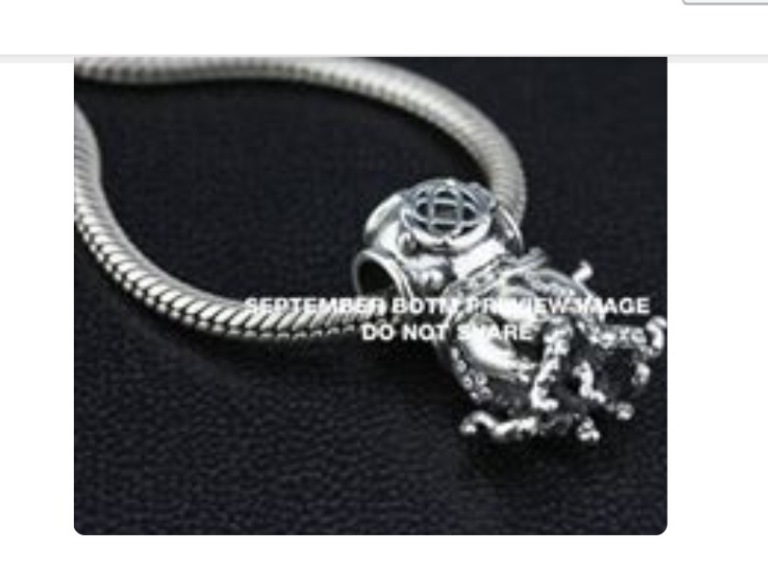 The first glimpse I had was this picture Mike Ohm sent me.

The bead came inside a wooden box with an awesome skull and dagger design on the top and a cord to anchor the bead on. Only 222 were made, this is number 175. It is a big bead, made to wear both on a bracelet or on the ball chain necklace.

It has a hole in the top to put the chain through. This is the first, smaller Ohm beads ball chain necklace.

It has many possibilities on the ball chain necklace.

And on a bangle with two Pandora muranos.

I had some fun with Argh when the new series of Doctor Who started.

When wearing Argh on a bracelet or bangle he flips over, so I came up with the idea to wear him on a cord, tucking his tentacles in to keep him flat on my wrist. Here he is with Pandora seaglass and ribbon muranos.

I transferred this idea to the Pandora double leather bracelet and after slowely adding more sea creatures I am so happy with the result!

I can’t wait for Baby Argh! He will be released with the September release on September 1st together with Ohm rings, Unicorny LE glass and the Yellowstone collection. Ohm is also doing a custom order only release called Chi Chi Sticks 2.0! Many exciting thing to come!

To finish of here is a sneak peek of two of the rings released in September, gracefully modeled by Mike during the Meet & Greet last month in the Netherlands! 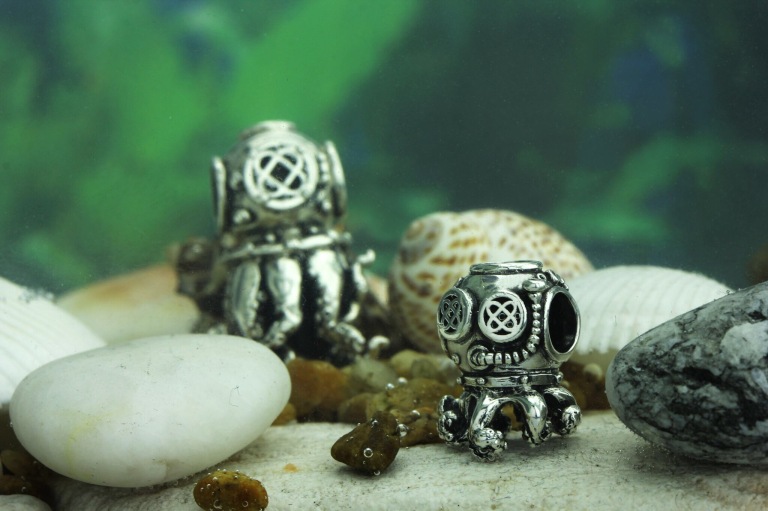 Update: here is baby Argh, together with Argh! I am already reworking my bracelet to fit him in! Very cute!!