This June OHMily is celebrating OHM Gnome Festival, also know as OG Fest! Post your pictures with any of the OHM Gnome characters on their travels and use hashtag #ShowYourOHM. At the end of the month OHM will select a winner to be featured in a marketing campaign and receives a gift from OHM HQ! Post on Instagram or on OHM Facebook page.

As part of the May release another OHM Gnome called Tomte is released! He is just the most hilarious gnome I have ever seen! A characteristic of Tomte is his hat pulled over his eyes, only his nose is visible!

The Tomte (in Swedish) or Nisse (in Danish) is one of the most popular creatures in Scandinavian folklore. According to tradition, the Tomte Gnome lives in the houses and barns of a farm, and secretly acts as its guardian. If treated well by the family — it is customary to leave out a bowl of porridge with butter, especially at Christmas — then the Tomte Gnome will protect the farm and its animals. He may even magically help with the chores. But, if offended by the farmer, the Gnome will play mean tricks, make items disappear, or bring misfortune. Despite his small size, the Tomte possesses enormous strength, can make himself invisible, and sometimes he bites. So, be kind and kindness will find you.

Seen from different sides, his bottom is so cute, the feet are awesome! A little surprise from OHM: after the release it became clear there is a boy and a girl Tomte! Mine is a boy! 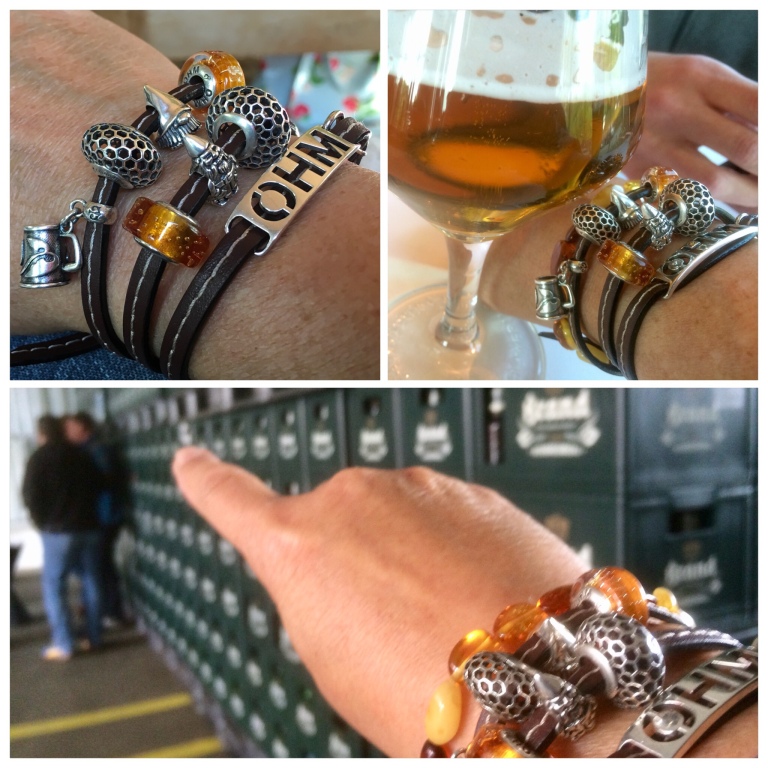 Some years ago Kit OHM sent OHM Gnome on a journey around the world and he spent some time with me! Now I bring my own OHM Gnome with me on my travels and so Tomte could come too! Here we went to visit a beer brewery! On the Whip leather bracelet with OHM WHO clasp and OHM Gnome, Truebeadz True Pint, two Hipster Hops, and two Hive Mind.

Another great trip to Rotterdam to visit a space exhibition! We saw the space suit worn by Lenard Nemoy as Spock in Star Trek! On the Navy Whip bracelet with OHM WHO clasp and OHM Gnome, Luna, UFO, and three Dreamscape. 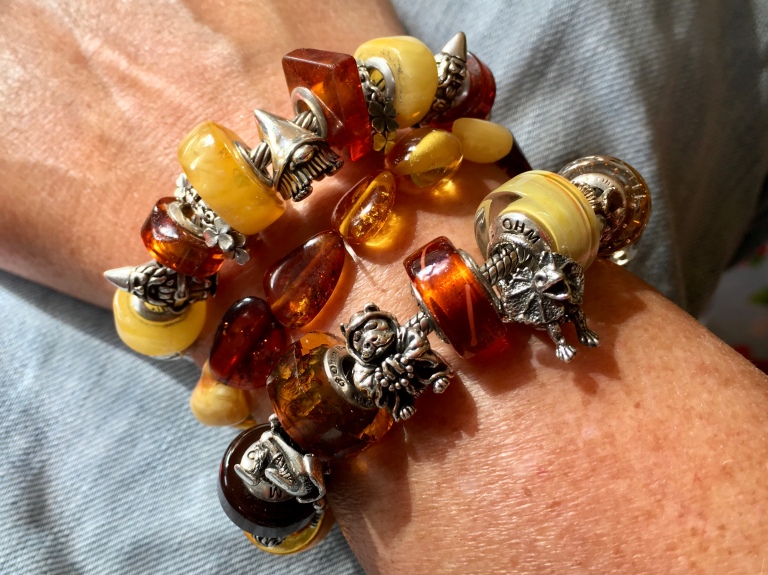 It happens I am bananas about Scandinavia and we have been traveling to Denmark for years now! So Tomte could return to his country of origin with me! For our summer holiday I made a bangle with amber beads I bought on previous Denmark trips. With two OHM Gnomes, Lucky Moves and Moving On. Stacked with my OHM bracelet with glass colours inspired by amber! 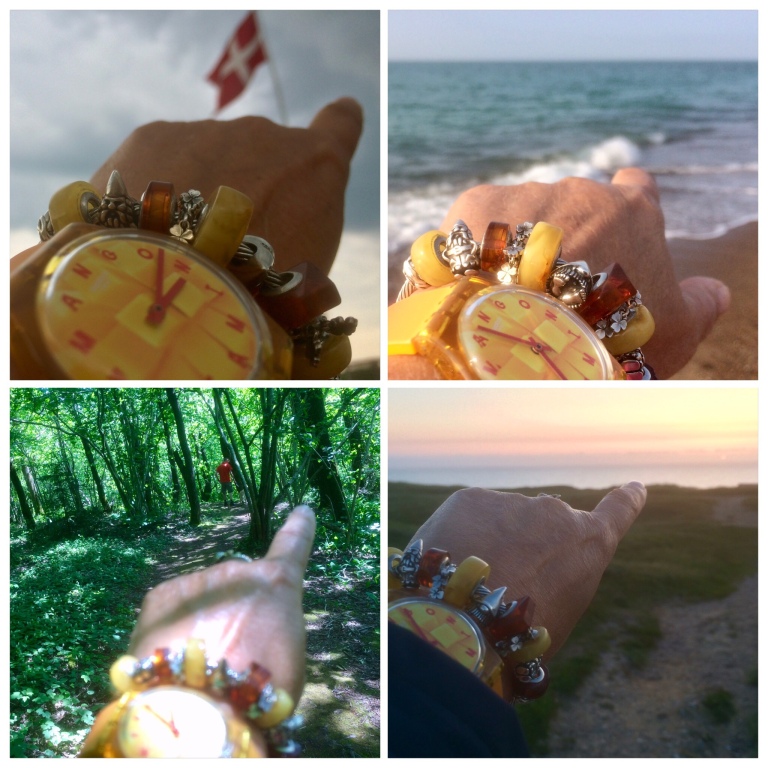 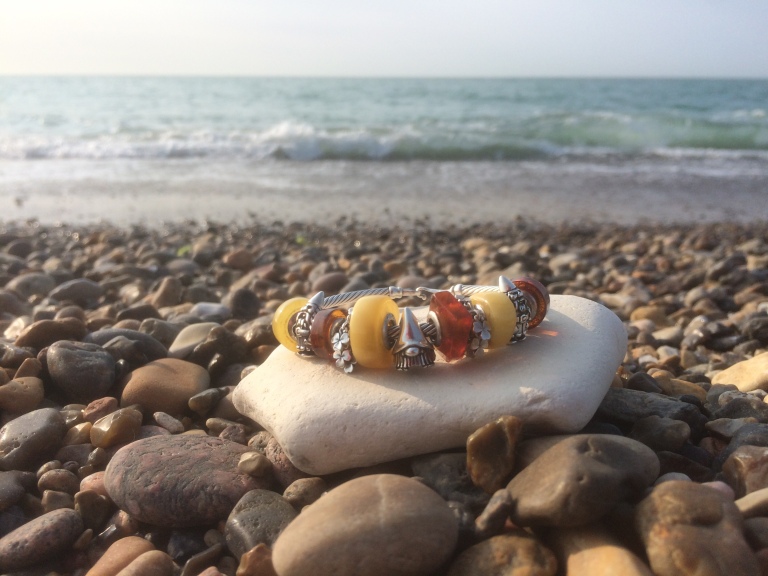 We had an awesome time together, exploring the beautiful Danish countryside, enjoying the beach and gorgeous sunsets!

Another awesome and fun member of the OHM Gnome family and very close to my heart! We will continue to have great adventures together! Bangle inspired by the colours of the Danish flag 🇩🇰 with two Slim Sour, Cold Milk and OHMnique. 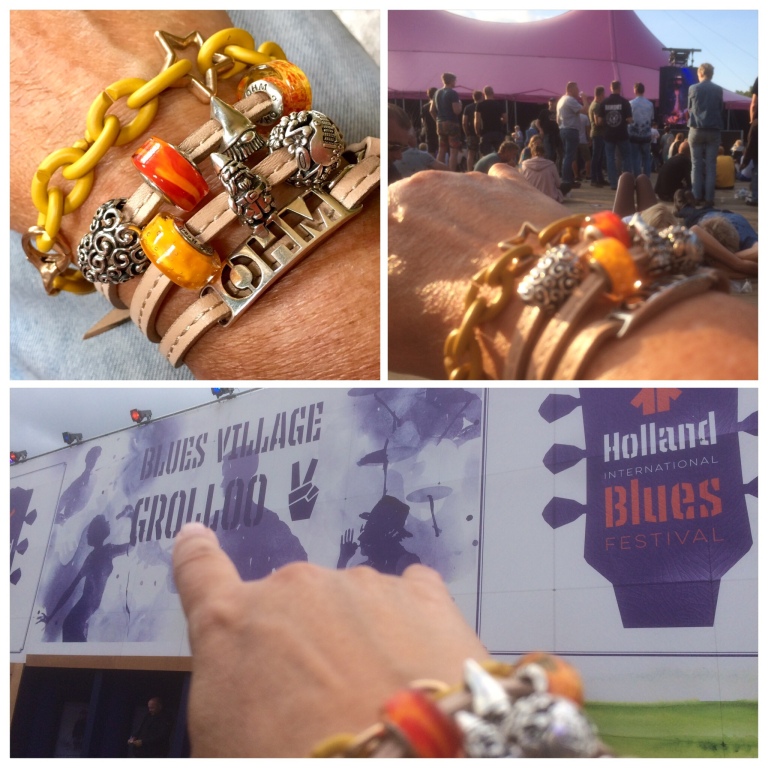 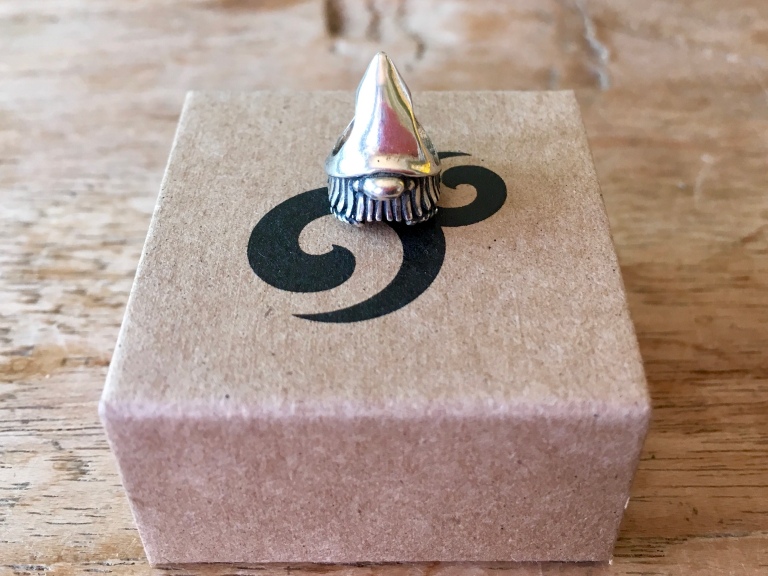